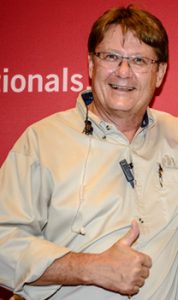 Gary Penington is the Owner and President of Southwest Video Productions.

In 1980, Gary founded Southwest Video Productions to focus on video production for special events. In 1984, he expanded his services to include video depositions.

In 1996, Gary became Managing Director of FLC’s new, state-of-the-art Community Concert Hall. Over the next 12 years, Gary booked and produced more than 1,200 live performances, with an accumulated attendance of over 399,000.

Near the end his 28 year career with the College, Gary booked and produced live concerts by:

Currently, Gary also works with Select Artists Associates as a Talent Coordinator for:

Contact us to learn how Gary and his team of professionals can assist with your project.